Sue Johnson is a composer, musical director and recording artist (vocalist, pianist and choral conductor) who has co-produced numerous CDs of original works with various artists and performed nationally and internationally.

"One of the most mesmerising songs… is a composition by Sue Johnson called 'Sister My Sister'… part lullaby, part prayer, part celebration of the human voice." Jessica Nicholas, The Age, 2004

She is also a composer for children's theatre, television and books including numerous seasons of Playhouse Disney. In 2008 her first book & audio CD with author Elizabeth Honey "Still Awake Still" published by Allen and Unwin was adapted into a theatre work touring the US and Australia directed by Jessica Wilson.

Sue's published vocal scores are recorded by choirs worldwide and have been sung by numerous USA all-state chorus'. She has completed commissions for massed voices, led vocal improvisations with audiences of 2000+, produced workshops and concerts in venues ranging from concert halls to yoga spaces and created singing groups in workplaces and community.

"In the Big Sing, Sue Johnson masterfully led the filled-to-brim Sydney Town Hall audience in an improvised canon. It was a truly amazing thing to hear." Oral Majority

Sue lectured at the Victorian College of the Arts Improvisation department from 1990 – 1999 and has tutored at Melbourne University, presented at conferences (ASME, Children's Book Council, VMTA) and was artist in residence at many schools and festivals.

"'All The Wild Wonders' (easily one of their runaway hits, and with lyrics by author and poet Elizabeth Honey) was perhaps one of the most moving compositions heard at the Fest so far." The Hindu, November Fest, India 2013

"Sue Johnson's heartfelt tribute 'I Am Your Grandmother' is as good as anything I have heard by Sweet Honey in the Rock." ABC Limelight Magazine, November 2007

want to sing with sue johnson?

Sue is choir director on Singing To The Heart (2022), a singing pilgrimage into the heart of Australia with Sound Tracks Travel.

Sue Johnson's groove based vocal scores are sung and recorded by choirs worldwide.

From the gentlest lullaby to a revolutionary roar, delicious dark laments, whimsical soundscapes, or upbeat train songs that drive the soul, Sue Johnson weaves the resonance of many voices, to make a symphony of sound. 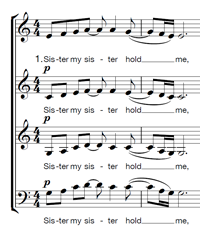 NEW SCORE! No Turning Back – a train song - to sing our way forward.

To join one of Sue's choirs, receive notification about up and coming workshops or to create a choir in your workplace email Sue at sue@suejohnson.com.au 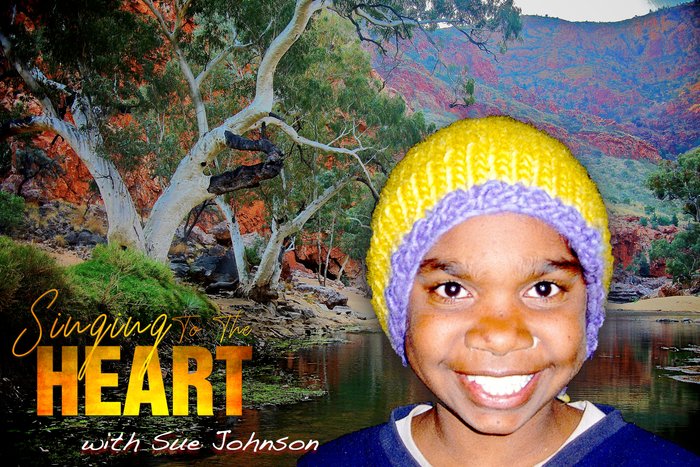 SINGING TO THE HEART with Sue Johnson is a journey not just into the physical heart of Australia, but to the heart of things.